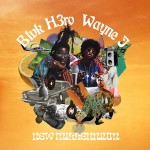 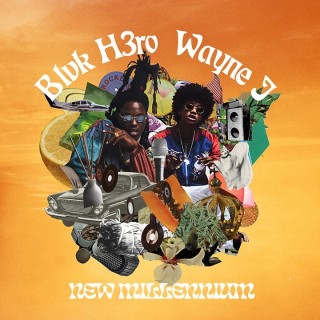 Biography Blvk H3ro :
Blvk H3ro began his career as a recording artiste in 2012, working alongside independent Label Mhaadboxx Productions (MBP). His first major recognition came through a musical collaboration with Jasoul and polish rappers Full House for the Jewunalia festival in Poland. Not only did it result in the song of the festival, but it also represented the first multi-lingual collaboration in POLISH and Jamaican Patwa.

He later released 2 singles, ‘Live This Life’ & ‘Downtown’, which generated considerable buzz within the community of young reggae fans inspiring him to release an autobiographical freestyle on Major Lazer‘s smash riddim for ‘Get Free’ entitled ‘My Story’. The sound was a hit, resulting in Major Lazer giving official endorsement to the young artiste by posting his remix for their millions of fans to enjoy. It racked up 500,000 plays in a matter of days which pushed him to release his first collection of recordings in 2015, a showcase of his emerging sound titled ‘Reggae Soul’. That project generated several commendations for songwriting from influential blogs and music industry critics alike.

The following year in celebration of International Weed Day, more popularly known as 4/20, Blvk H3ro released an EP entitled ‘THC: The Herb Connoisseur’ along with a video for the popular lead single ‘H3rb’ that received over 10,000 views within one week.

2016 saw the formation of Reggae Soul Band, a hand-picked selection of talented young Jamaican musicians ready to rock the world and in the summer of 2017 he did just that, successfully completing a tour of Europe making stops at the prestigious Reggae Jam Festival in Germany and the Reggae Geel Festival in Belgium to promote his hot new single ‘Feet Don’t Fail’ from his long anticipated full-length debut titled ‘The Immortal Steppa’.

Released in February 2019 Blvk H3ro’s debut full-length album ‘The Immortal Steppa’ has broken barriers for this generation of musical innovators from Jamaica. His power is intensifying with each memorable performance and every song released solidifies his reputation as a musical artiste of exceptional quality.


Biography Wayne J :
Wayne J firebrand is one of the most profound youth in Reggae and Dancehall. He is a double-edged sword that is bringing refreshing, fierce and positive melodic lyrics to the world.

Early Life - Young Wayne was born to Wayne Anthony Smith on the 23rd of April 2003 in the inner-city community of Waterhouse, Kingston. It is the mecca for a few great Jamaican musicians likes Beenie Man, Mykal Rose, Junior Reid, King Jammy and Black Uhuru, just to name a few.

The young toaster was already on his way to stardom after officially entering the business at the age of three. His confidence and stage show dominance came naturally to him, when he performed live in front of audiences throughout the local Jamaican music scene.

Throughout the years, Wayne J maintained being a student and musician. Fast forward to 2013, his career started to shape professionally with a few notable appearances under his belt across the island, including major festivals like Rebel Salute and Sting. He burst onto the scene permanently, and started to build a great following across all generations, locally and internationally.

By the end of 2013, Wayne J had already released his debut EP, ”A Wayne J Enuh,” which was produced by his in-house team at Greatest Records. The project featured 9 tracks, which included his first song "Stay Ina School" and his breakthrough hit "18 or Older". He is known for creating unapologetic controversial reggae and dancehall music that is open, honest and catchy.

The young Dj is also no stranger to dropping hit songs such as “Slacky Mouth” (2014) and “The Nationwide Epidemic Of Chikungunya” where he released the song with said name and became a hit on local and regional radios alike.

"Most will sing negative or slack songs when they should aim to be more positive because of them have younger youth looking up to them. The society can't manage heavy music, it is already burdened with the negative things, but I am trying to make a difference by changing the thought process." - Wayne J

This skyrocketed Wayne J stardom and potential to new heights. Today, Wayne J has cemented his status as a well-respected artist and inspiration to his peers and adults alike, while also being a voice for positive change. Wayne is not only thriving musically, he is also pairing music with philanthropy and being a recycling activist with the Alligator Head Foundation. Their mission is to fight for the protection of the environment, particularly the ocean. The organization found Wayne J fit to create awareness as a youth to represent Jamaica as the youngest delegate at the 2017 Bonn, Germany climate change conference.

The world is the oyster for the young DJ, who at age 15 has mastered the true art of being a professional, well-rounded performing and recording artist, while being a positive role model to his peers and followers. He promises to ignite the rest of the world with his limitless talents that will wow the souls of fans and fellow musicians alike.

That year however, he released "Better Days" released by Daddy Sevi. So far, the music of the young DJ has impacted the world at large. He worked closely with top-notch European producers such as OBF (France). Greenlight Sound System (Spain), and King Horror (Spain) with releases such (Kinghorror prod), (Greenlight charlart58) Tom (Greatest records). Wayne J is well seasoned in the music business and is ready to take his mission to new heights in the future to make International appearances.

With a rapid growing catalog of music, the story continues for Wayne J, who is currently working on his debut five-track EP, ‘The Renaissance’ produced by Bob Riddim, set to be released for in few months. His recent single from the EP is called “Perfect”. His future is looking promising, and Wayne J is here to win. 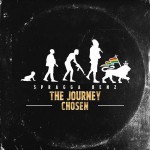 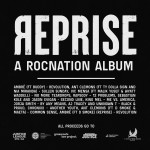 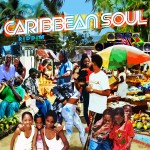